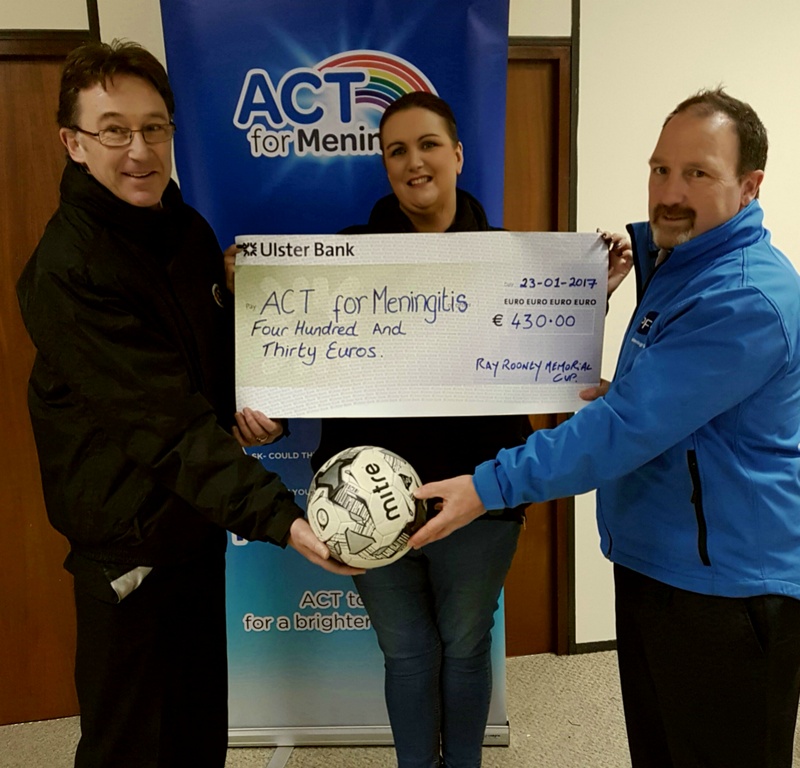 Niall and Paul Silke (Oughterard AFC) were delighted to present a cheque to Siobhan Carroll, of ACT for Meningitis - the proceeds from the Ray Rooney Memorial Cup match on December 27th.

This most worthy local charity was chosen by our opponents, Oughterard AFC, in memory of a friend.

This event takes place every Christmas in aid of a different charity. This year, Bearna-Na Forbacha Aontaithe won back the cup, which was named in memory of Niall's father, Ray.

Oops, you forgot something.

The words you entered did not match the given text. Please try again.