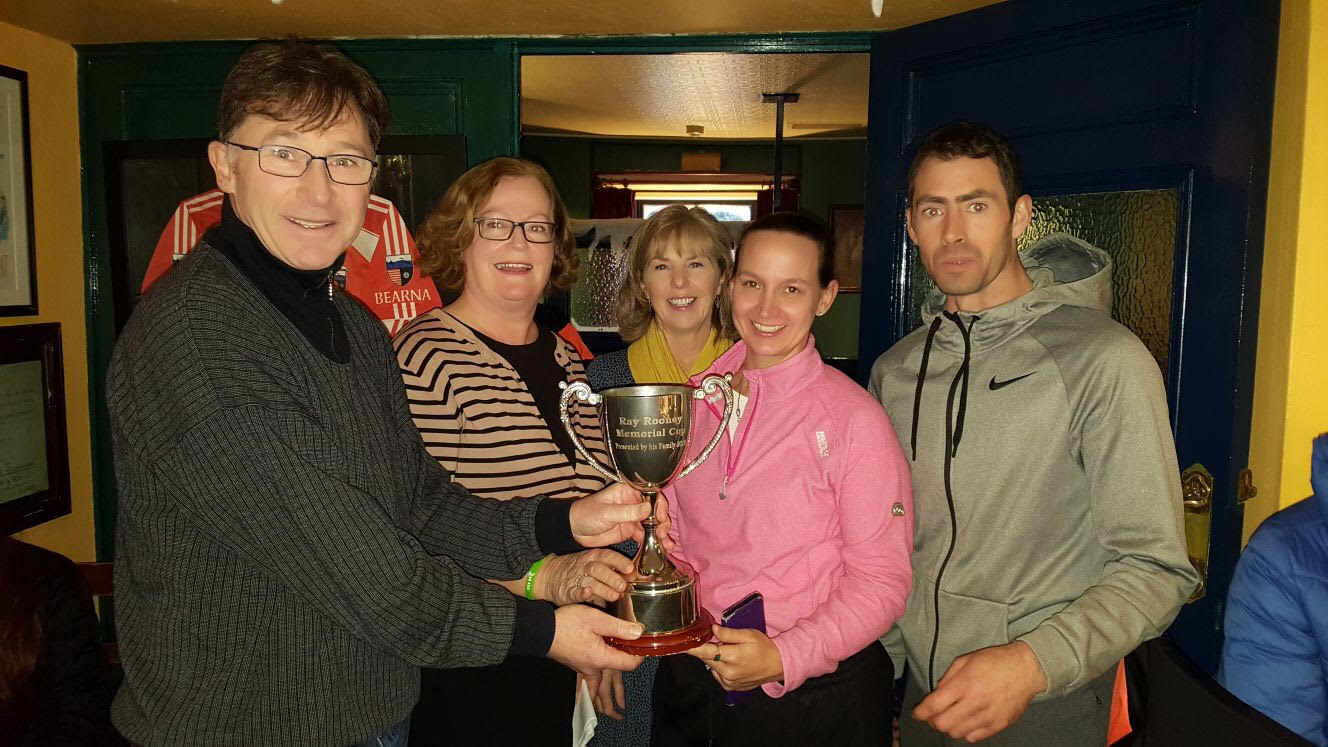 Our astro turf was shown off to its best at the annual Ray Rooney Memorial Cup game between coaches from our club, and those of near neighbours, Oughterard FC.

Thanks to all who participated from both Clubs, especially Paul Silke (Oughterard FC) and Dave Daly for reffing.We raised over €500 for local charity Galway Samaritans.

The Ray Rooney Memorial Cup was presented to Erin Lynch the winning captain after the game in Donnellys. Thanks also to Donnellys for the great refreshments post the game. Iontach ar fad.

Oops, you forgot something.

The words you entered did not match the given text. Please try again.